Inter-Connect: signing of MoU for Promotion of services examined within case study on Trieste

Home/Activities, Events, News/Inter-Connect: signing of MoU for Promotion of services examined within case study on Trieste

Inter-Connect: signing of MoU for Promotion of services examined within case study on Trieste

The Memorandum of Understanding signed after a long series of meetings and discussions is not to be considered an endpoint, but rather the beginning. We are starting from here to develop new innovative ways to improve the connectivity of cross-border public transport between Trieste, Muggia and Koper, with a particular focus on maritime connections.

With these words, the Regional Minister for Infrastructure and Territory, Graziano Pizzimenti praised the endorsement of the Memorandum of Understanding (MoU) for the promotion of examined services of the Inter-Connect Project Trieste case study, signed at the CEI HQ on 16 December 2019 by the CEI – Executive Secretariat, the Autonomous of Friuli Venezia Giulia Region, the Municipalities of Trieste, Muggia and Koper, Trieste Trasporti and Liberty Lines.

As underlined by CEI Secretary General, Roberto Antonione, the signing of the MoU reaffirmed the involvement and commitment of the stakeholders to support the measures that had been identified and adopted in the case study led by the CEI-ES.

On the one hand, the study has looked at ways for promoting inter-modality – the connectivity between the public transport system in Trieste and the seasonal maritime lines operating towards Slovenia and Croatia (Sub-case A). On the other hand, partners have shared their vision regarding the potential development of a new maritime service that connects Trieste not only with Muggia but also with neighbouring Koper (Sub-case B).

In particular, the measures identified for Sub-case A include the improvement of passenger access to information, the centralisation of all maritime public transport lines to a single pier and the increase of sustainable mobility solutions such as bike-sharing at the passengers’ terminal Molo IV in Trieste.

Luisa Polli, Councilor for City, Territory, Urban Planning and Environment of the City of Trieste concluded stating that cycling was the theme of the future and that work on maritime connections needed to be continued. She also stressed that cycling tourism could become a great opportunity of growth for the territory. 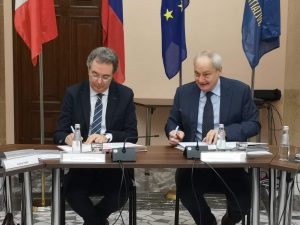 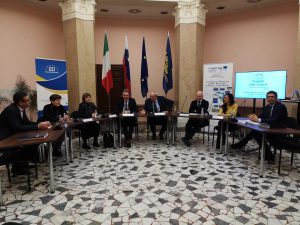